Middle Eastern foods have one of the best cuisines in the world, which are rich in spices and herbs. This includes Arabian, Persian, Turkish or Israeli cuisines, but in this post, I will be focusing more on Arabic food.

Arabian cuisines are one of the most popular foods in the world which most of them are delicious. I was born in Kuwait, and I have eaten many Arabic foods that include Lebanese, Jordanian, and Gulf Arabian dishes.

Just to let you know, it is not necessarily in the Middle east, but also in North African regions like Egyptian or Moroccan foods.

Each of these cuisines is almost the same since they use similar spices like cumin, coriander, and other herbs. In my experience, chicken and lamb are two of the most common meat that is eaten and serves among locals.

What countries are example of Arabic recipes?

When we say Arabic chicken recipes, these are Arab-speaking Middle Eastern and North African countries. It doesn't mean the entire Middle East since Israel and Iran are not an Arab countries.

Here are the list of Arab speaking countries based on these collected roundup recipes.

Arabic Chicken dishes are so unique which has an Indian influence since they use similar spices and herbs. If you have these 2 ingredients, you can definitely make any Arabic recipes you like:

A. Baharat Spices: This type of spice is a combination of different spices like cumin, coriander, cinnamon, allspice, turmeric, cardamom, and many different spices. Think of it as an Arabic version of Garam Masala.


B. Basmati or Long grain Rice: If you noticed the Arab spiced rice dishes, we mostly use basmati or any type of long-grain rice.

2. Is the spices used in Arab Chicken recipes the same in most Arab countries?

In Gulf Arab countries, they are using almost the same spices when cooking chicken and rice dishes like Kabsa, Majboos, or Mandi. That is because they all share one identical culture.

On the other hand, Levantine and North African countries have a variation of baharat spices, which is different than Arab Gulf Countries.

In this post, I will be sharing some of my 12 Best Roundup Arabic Chicken Recipes that you can make for Lunch or Dinner. 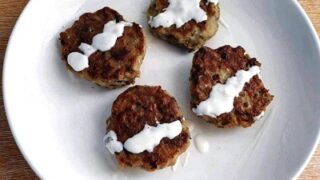 Chicken Kafta is an Arabic chicken minced meat recipe mix with spices and herbs, which pairs best with yogurt sauce and pita bread. It is common dish found in Jordan, Lebanon, and Gulf Arab countries. 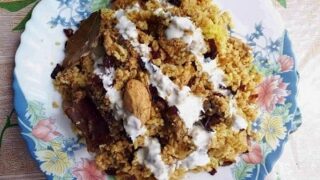 Arabic Biryani is a Gulf Arabian chicken spiced rice dish which is mixed with spices, garnished with fried onion, and topped with yogurt garlic sauce. Although not traditional, it is similar to an Indian-style Biryani, except it is not spicy. 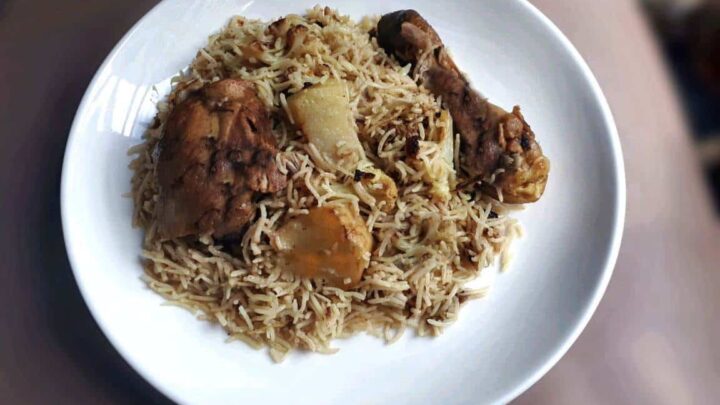 Chicken Maqluba is a traditional Palestinian and Jordanian spiced rice dish that is mix with fried cauliflower, eggplant, potatoes, and meat. It is best to serve with Yogurt and Arabic Salad. 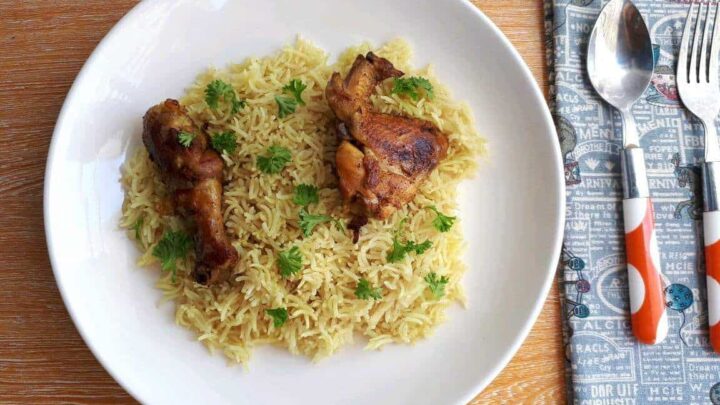 Chicken Majboos is an national dish of Kuwait which the chicken is simmered in herbs and spices and then fried in a separate pan. The basmati rice is cooked using the soup stock from the herbs and spices. It is traditionally served with tomato garlic sauce called Daqoos . 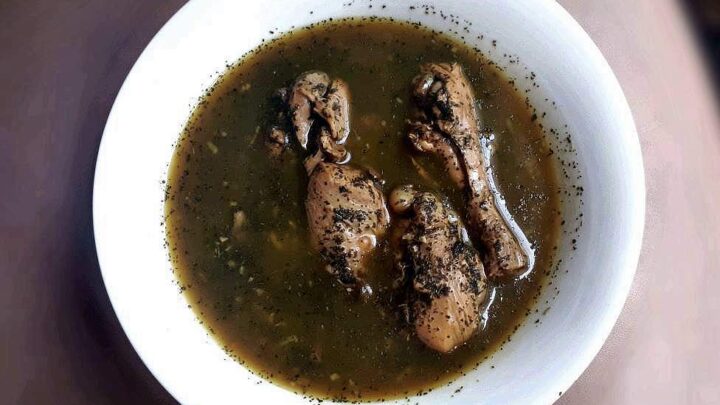 Chicken Molokhia is a chicken soup recipe that is mixed with green jute leaves, chicken meat & broth, lemon juice, cardamom, and lots of garlic. Although it is an Egyptian recipe, this dish is also found in Jordan and Lebanon, which have their version of molokhia. 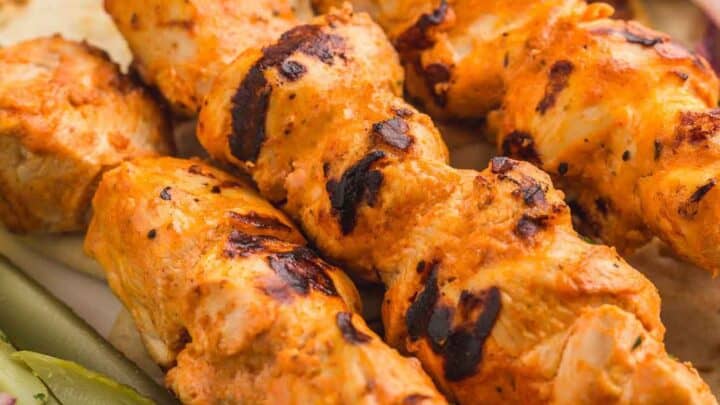 Shish Tawook is Lebanese grilled chicken skewers or kabobs. The distinctive color and flavor of this dish come from the yogurt while the spice marinade tenderizes the chicken.

Pastilla is a savory Moroccan pie with crisp pastry. While traditionally made with rabbit, chicken is more popular these days (and it's great for leftovers!) 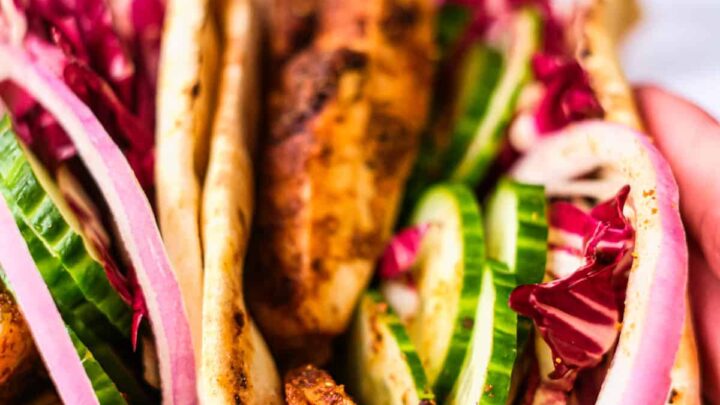 You are going to love the mouthwatering aromatic flavors in these easy Chicken Shawarma Sandwiches. This grilled chicken sandwich will become your new favorite because it’s big on flavor, low on cost, and easily customizable to use ingredients you have on hand. 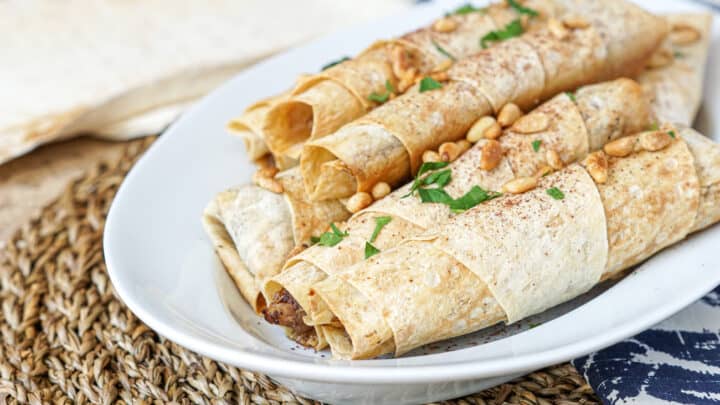 Musakhan Wraps (Palestinian Chicken Wraps)! Sumac-spiced chicken and onions are wrapped in thin flatbread and baked until crisp and golden. 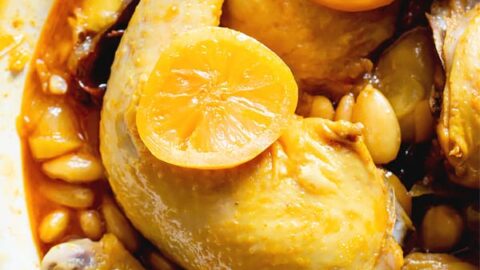 Chicken tagine with dried fruits and nuts. The chicken is spiced and cooked slowly to a juicy finish. 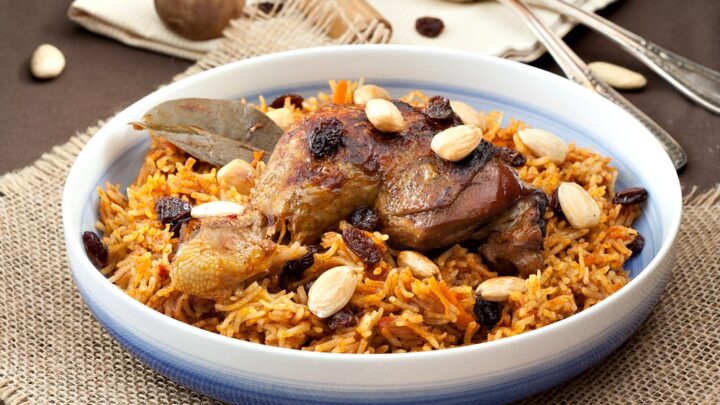 Chicken Kabsa is a national dish of Saudi Arabia, which is similar to Kuwaiti Majboos. The rice is cooked in different spiced and herbs and it is served with raisins and almonds. 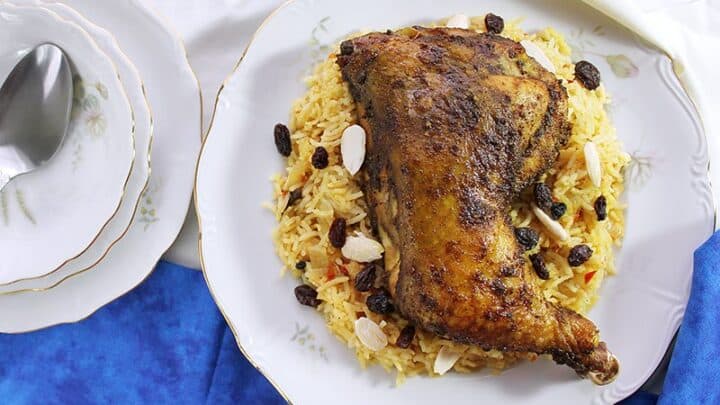 Similar to Kuwaiti and Saudi dish, Mandi is a traditional Yemeni recipe which is mixed of chicken, rice and other mixture of spiced and herbs.